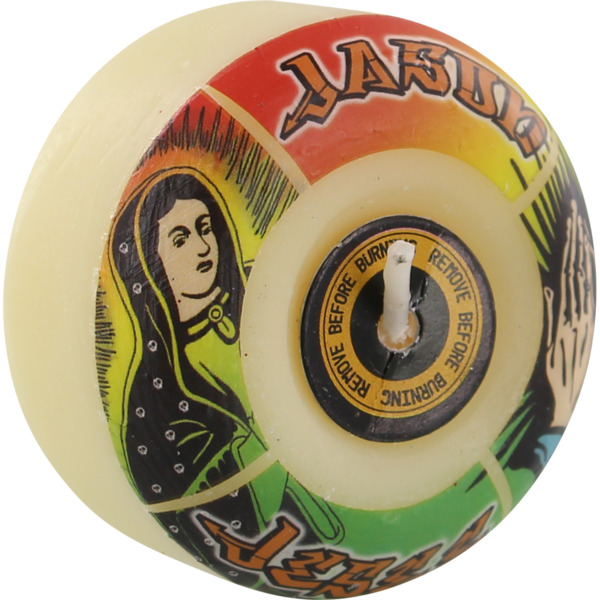 SK8 Legend Jason Jessee has had a long career with incredible sponsers like Powell, Vision Street Wear, and later Santa Cruz Skateboards. Of course life and stuff got in the middle of his passions, but now 20 years later Jason is back and bad as ever as a Converse Skateboarding "Ambassador"—alongside other professional skateboarders such as Kenny Anderson and Zered Bassett

Jason like us all continues to envolve and revolve Limited Edition!!!

So of course the Jessee skateboard wheel candle would be an essence of old school but evolved.